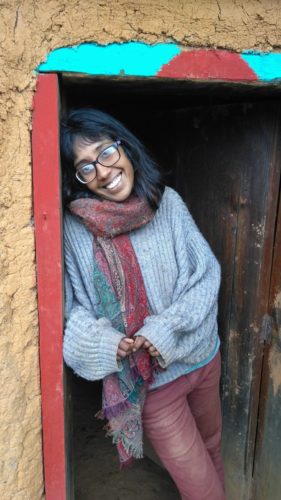 It is my great pleasure to introduce my friend, band mate and co-creator of projects Ananse Y La Luna, aka Anisha Aiyappa, aka Elephant Underwater, as a Sylvan Sound artist!

Anisha is of Indian descent and grew up between the UK and India and now lives in the Sierra Sur mountains of Oaxaca, Mexico, in the same little village as myself and the Sylvan Sound Temple.

Music and animals are keywords in Anisha’s life. She might be vegan but her music is definitely not.

She studied as a veterinarian for six years in Liverpool but was just as busy playing in three different bands (one of them samba!), marching with Stop The War, getting involved in animal activism and planting community gardens. She did internships as an elephant vet assistant (!) in Sri Lanka and as a vet assistant and workshop leader in a neuter clinic in Thailand. After qualifying she worked with buffaloes, goats, donkeys and dogs in Tamil Nadu and spent a year in Rajastan as an equine vet and community worker for the “Help In Suffering” project, as well as work in UK clinics.

The pharmaceutical giant Pfizer, which corrupted her Liverpool vet school by pushing its products, helped to turn Anisha into quite a veterinarian rebel as she looked for alternative ways to heal animals. She studied herbalism and worked for a while as a veterinary homeopath / herbalist in the UK, avoiding chemical medicine if she could help it.

Anisha then felt a calling to spread her wings. Her growing wish to learn more about sustainable living, organic gardens, bio-construction and forestry brought her first to Spain and then onto Mexico, where she has truly found a home and feels a commitment to stay and make a difference in a marginalised indigenous village, for its people, animals and the forest.

She has now spent almost a decade caring for local animals and people, often getting paid in tortillas or other forms of exchange. Anisha knows of and heals with traditional medicine (with syringes at hand when necessary) and she is even writing a book about local plants and their healing powers. She has set up and is running a co-operative of local women, helping them to sell their teas and embroidery in the city. And together we are setting up a reforestation project to fight the widespread monoculture of pine and to reintroduce the original, ecologically resilient mixed forest of the Sierra Sur.

Anisha’s educational farm Ayacahuite has brought together locals, foreigners and volunteers, and is now being integrated into the official curriculum of the schools in the area. Ayacahuite preserves and shares the rapidly disappearing traditional knowledge of a village in transition and teaches kids – well, all of us – about anything from plants to goat-keeping.

Here in the mountains Anisha also found a tribe of similarly-minded musicians. We run regular jam sessions, recording sessions and gigs in the area, and we are organising ourselves into a musicians’ collective – Colectivo Salvajes – to support each other, share equipment, create musical projects in various configurations, help with gigs and recordings, to be each others’ session musicians on albums, and perhaps one day to start a music school.

Ananse Y La Luna is as versatile in music as in life. She started on the piano, studying for many years, before moving on to the guitar (alternative tunings galore) and the viola (making it sound like anything from a cello to a fiddle), her sense of rhythm on the cajon, djembe or a full drum kit is second to none, and hearing her play the didgeridoo makes you think she grew up in the Australian bush. Her singing voice ranges from husky jazz to Indian-style pierciness with a glass-shattering vibrato.

Anisha is always overflowing with creativity and writes songs more frequently than I change my underwear. (Oh hang on, I don’t use underwear!) Her songs are deeply rooted in world traditions, growing out of the earth like new shoots on an ancient tree, but are often highly original and intensely personal, never falling into traps of style, pretense and conventions.

Her sense of mood and atmosphere has created a perfect match in a new arena – music for film. We are currently waiting for the final edit of a short video exploring sacred femininity by filmmaker Adrian Landeros. At Sylvan Sound Temple we created the soundtrack together and it’s hopefully coming to Sylvan Sound soon!

Jamming with Anisha is like discovering who we are. And who is Anisha? A person who often has to put down her guitar to quickly stitch up a wounded donkey before continuing singing to the moon. 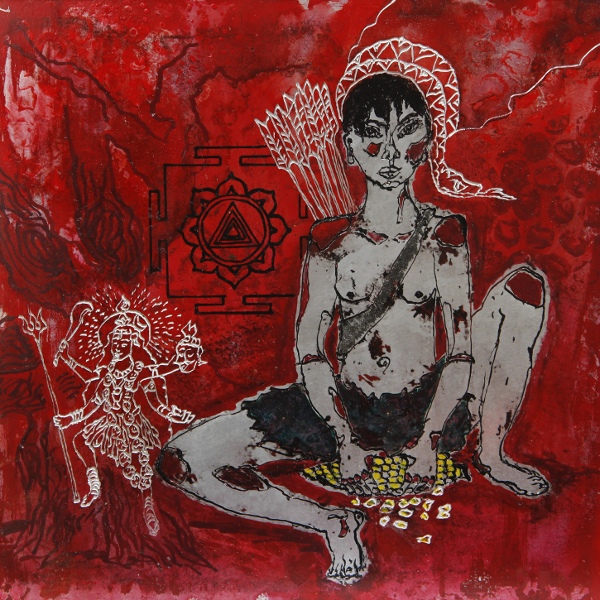